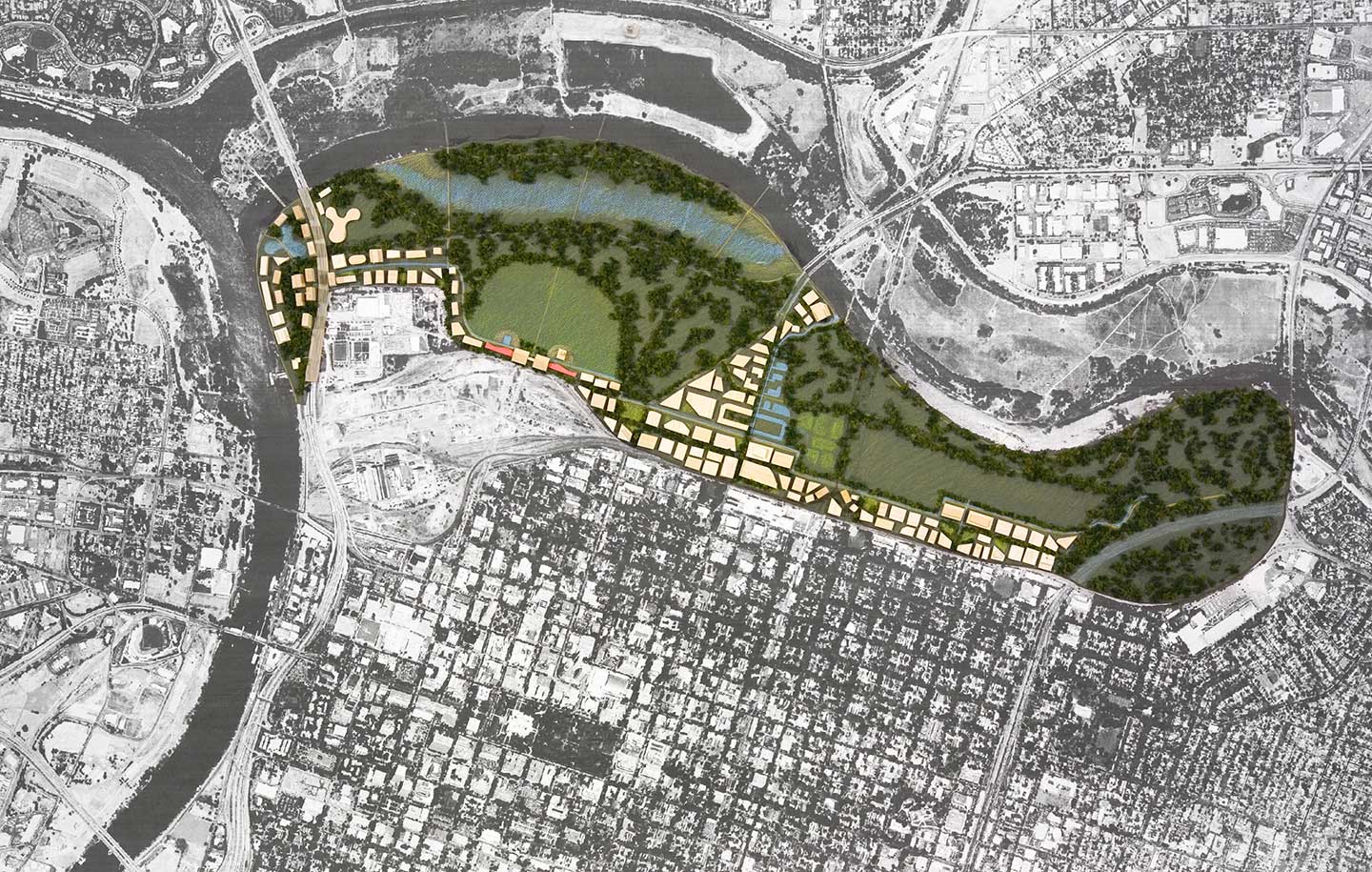 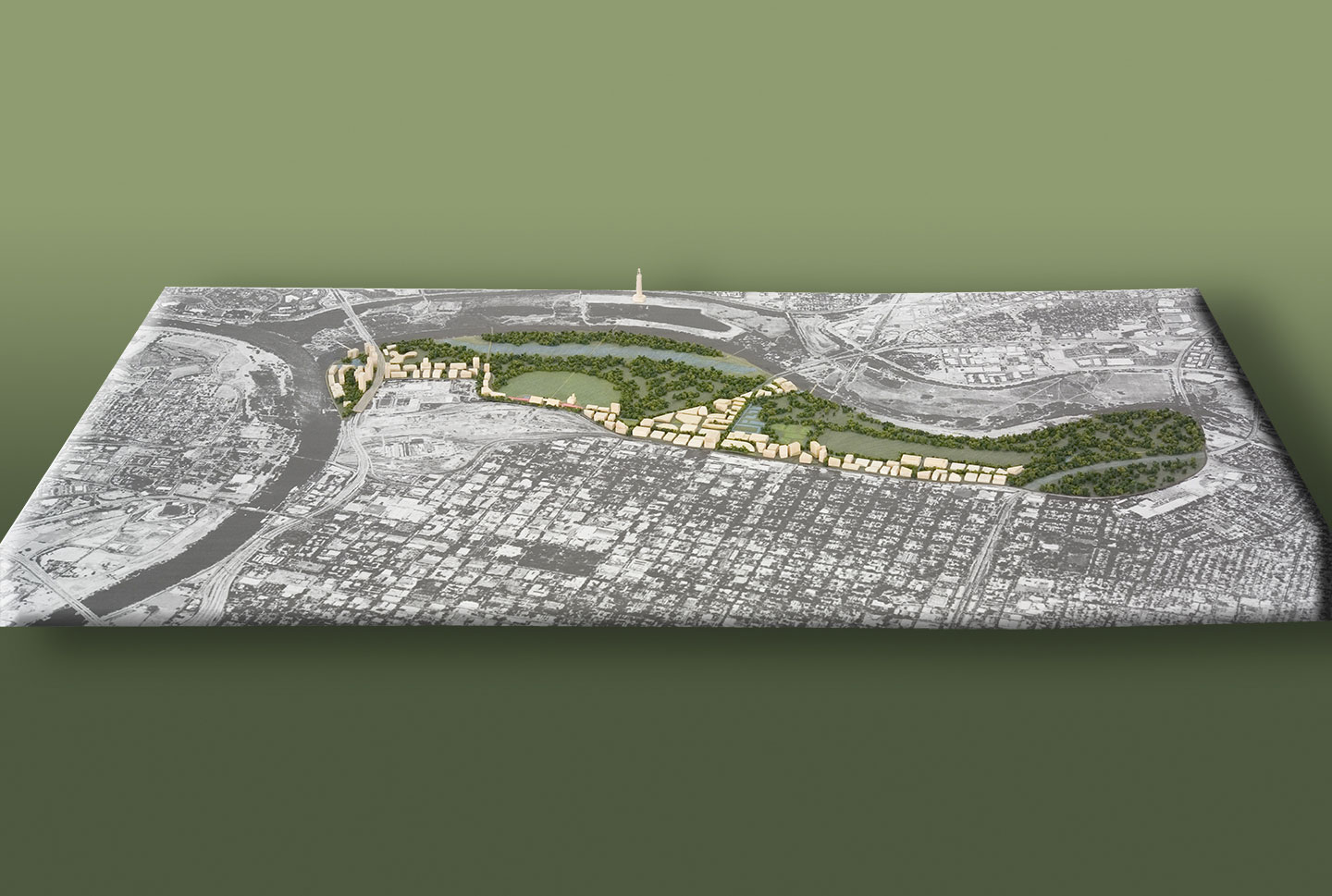 In Fall 2004, Joe Genshlea and the Gold Rush Park Foundation asked Mark Francis, FASLA, professor of landscape architecture at UC Davis to help them develop a design concept for a proposed 1000 acre park and new mixed use development adjacent to downtown Sacramento and the American and Sacramento Rivers.  The park would be 35 times larger than Old Sacramento, 25 times larger than Capital Park and 6 times larger than Land Park in Sacramento.  It would rival Central Park in New York City and Golden Gate Park in San Francisco in size and importance.

During the ten-week Winter quarter 2005, eighteen undergraduate landscape architecture students in his Urban and Community Design Studio at UC Davis developed five alternative designs for the project.  These include pastoral, contemporary and ecological park designs.  The plans were presented to the Gold Rush Park Board and their major donors in Sacramento on March 16, 2005. 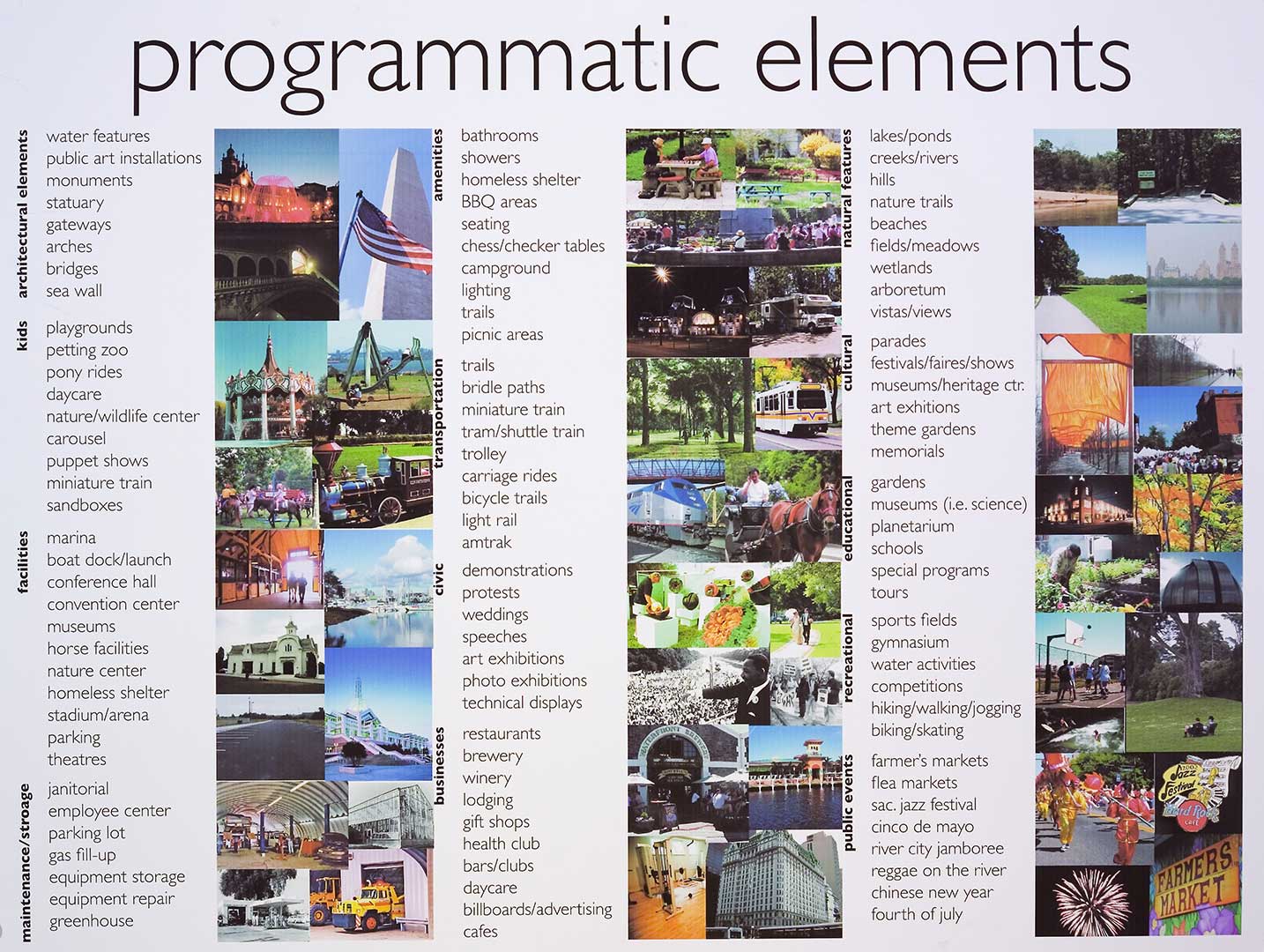 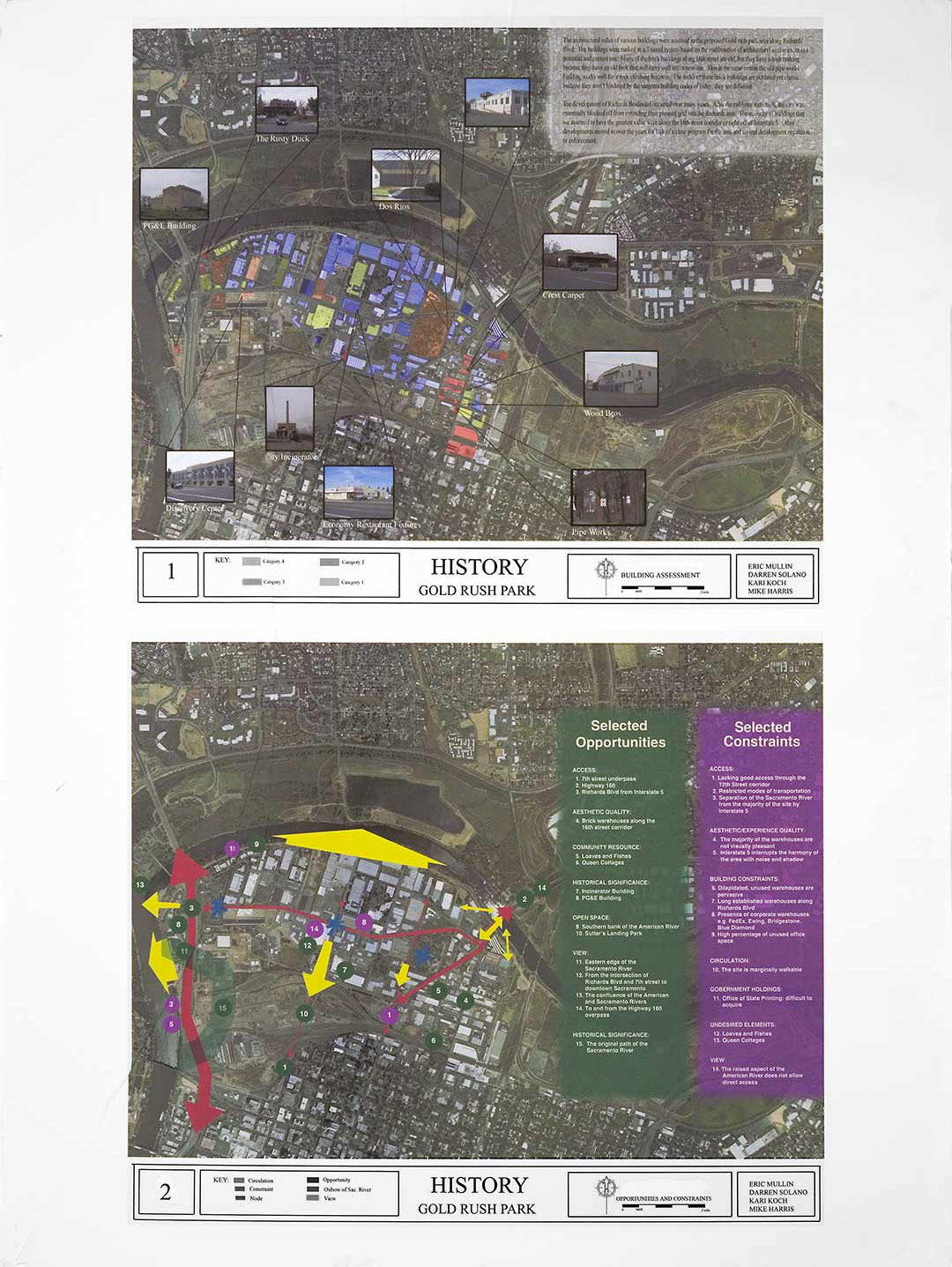 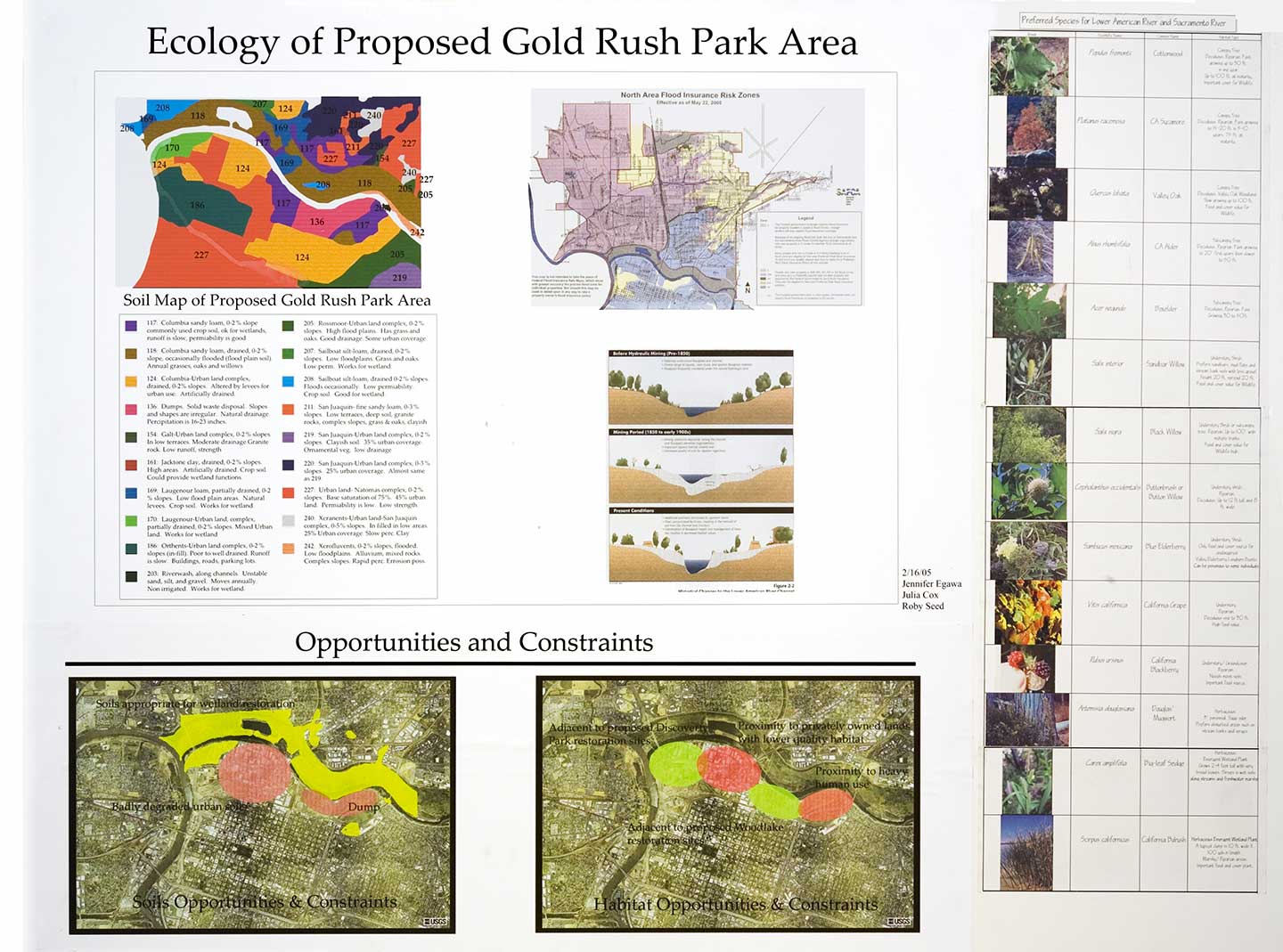 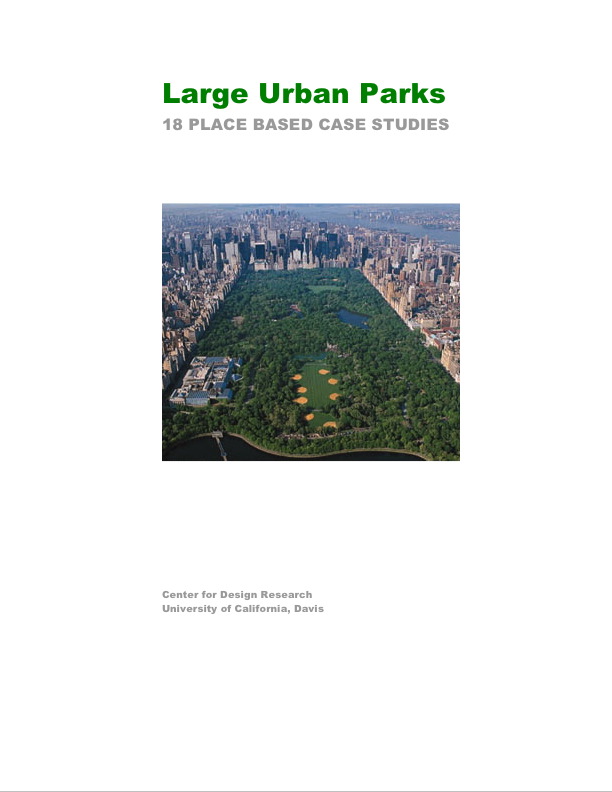 The following program elements were included in the designs.  In addition, other mixed-use development such as housing, office space, cultural facilities and recreational uses are proposed: 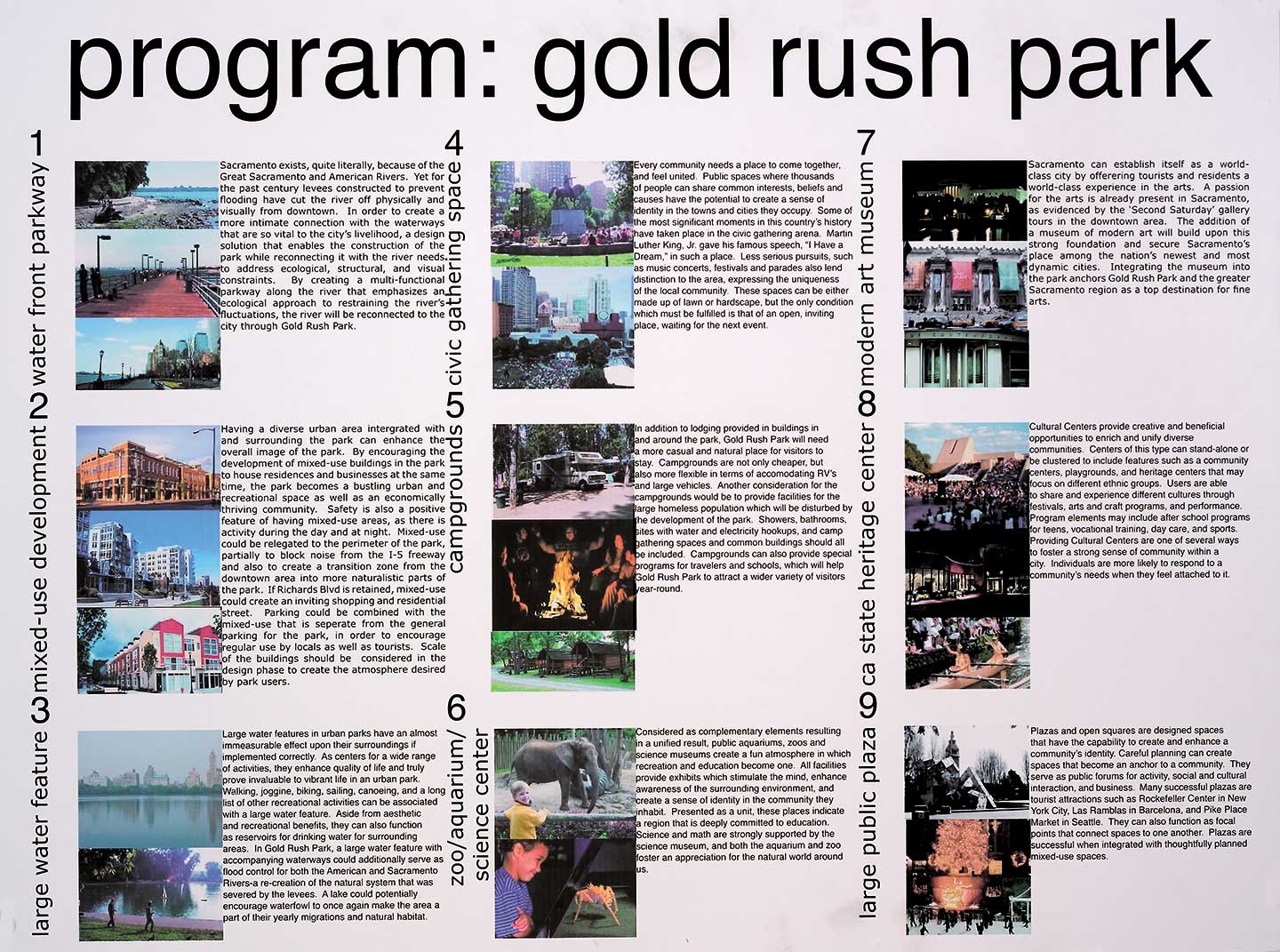 A number of common elements are included in the plans: 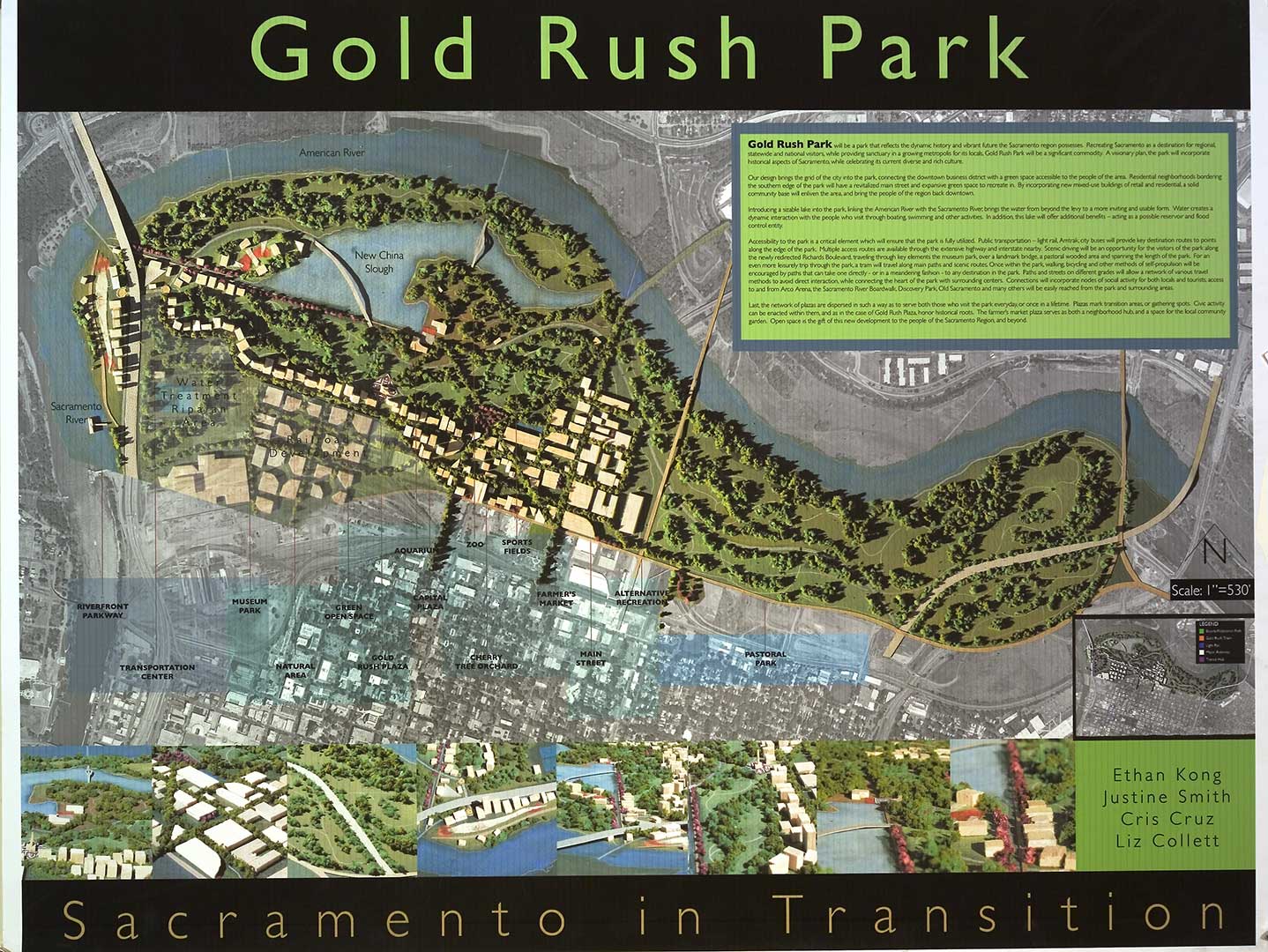 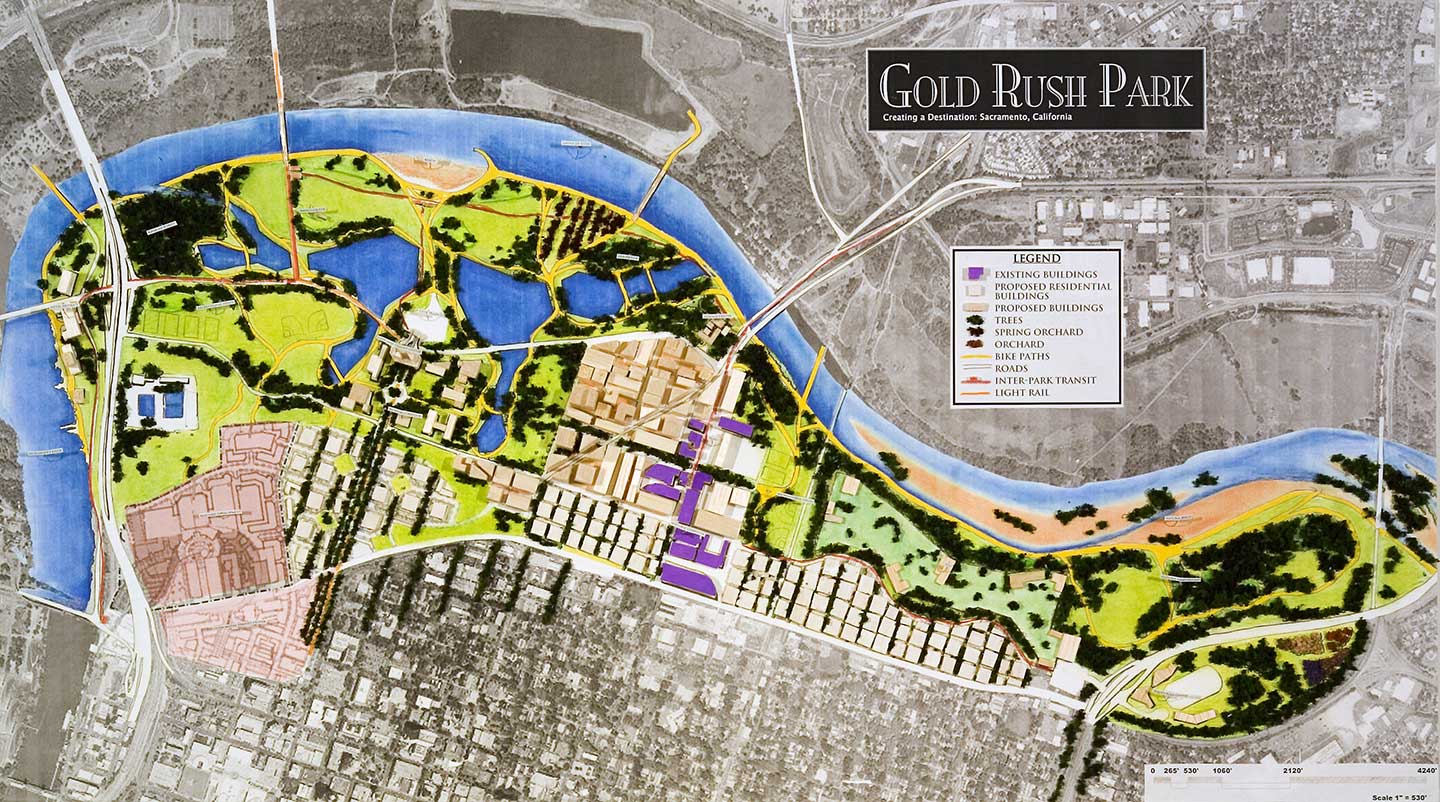 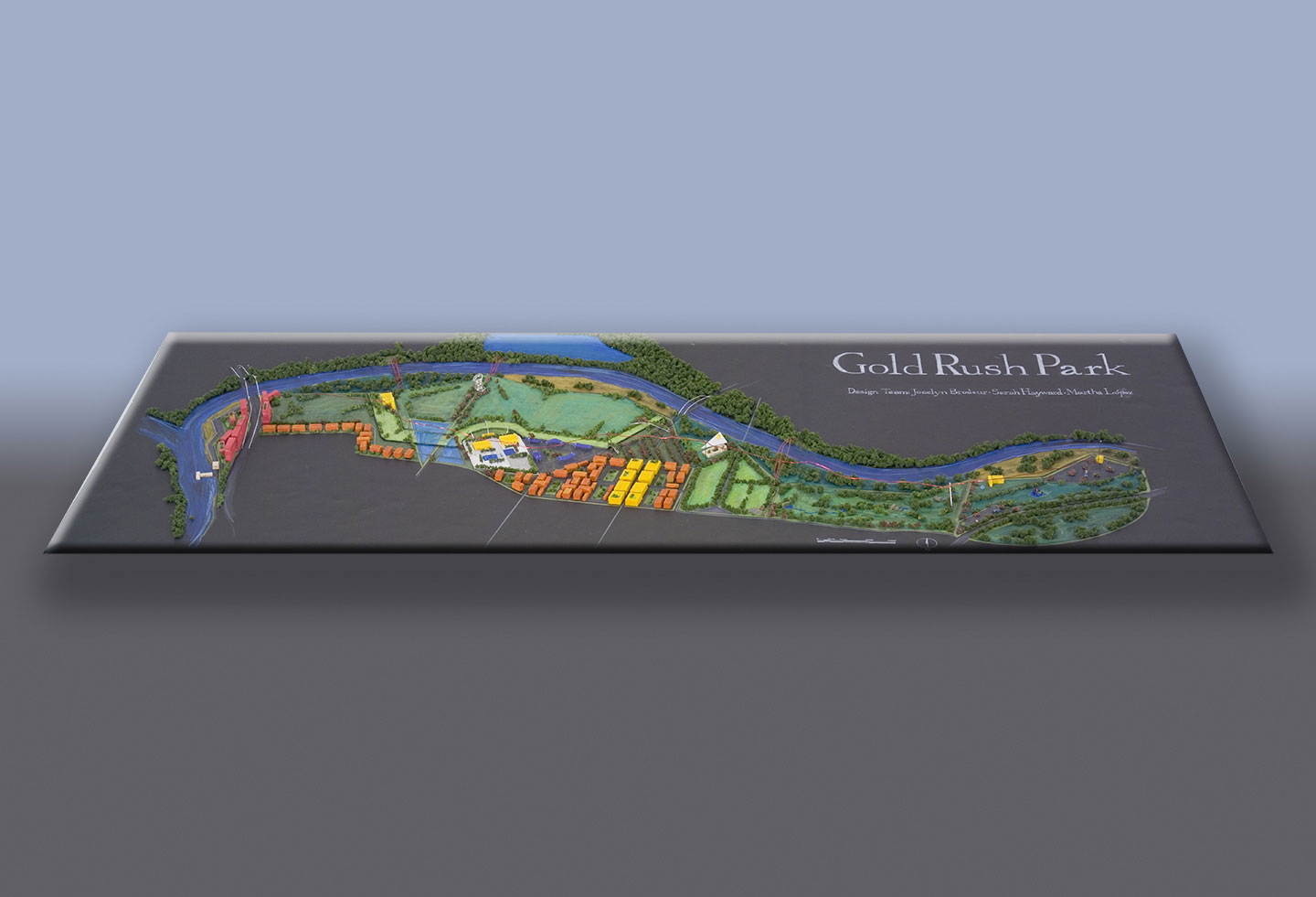 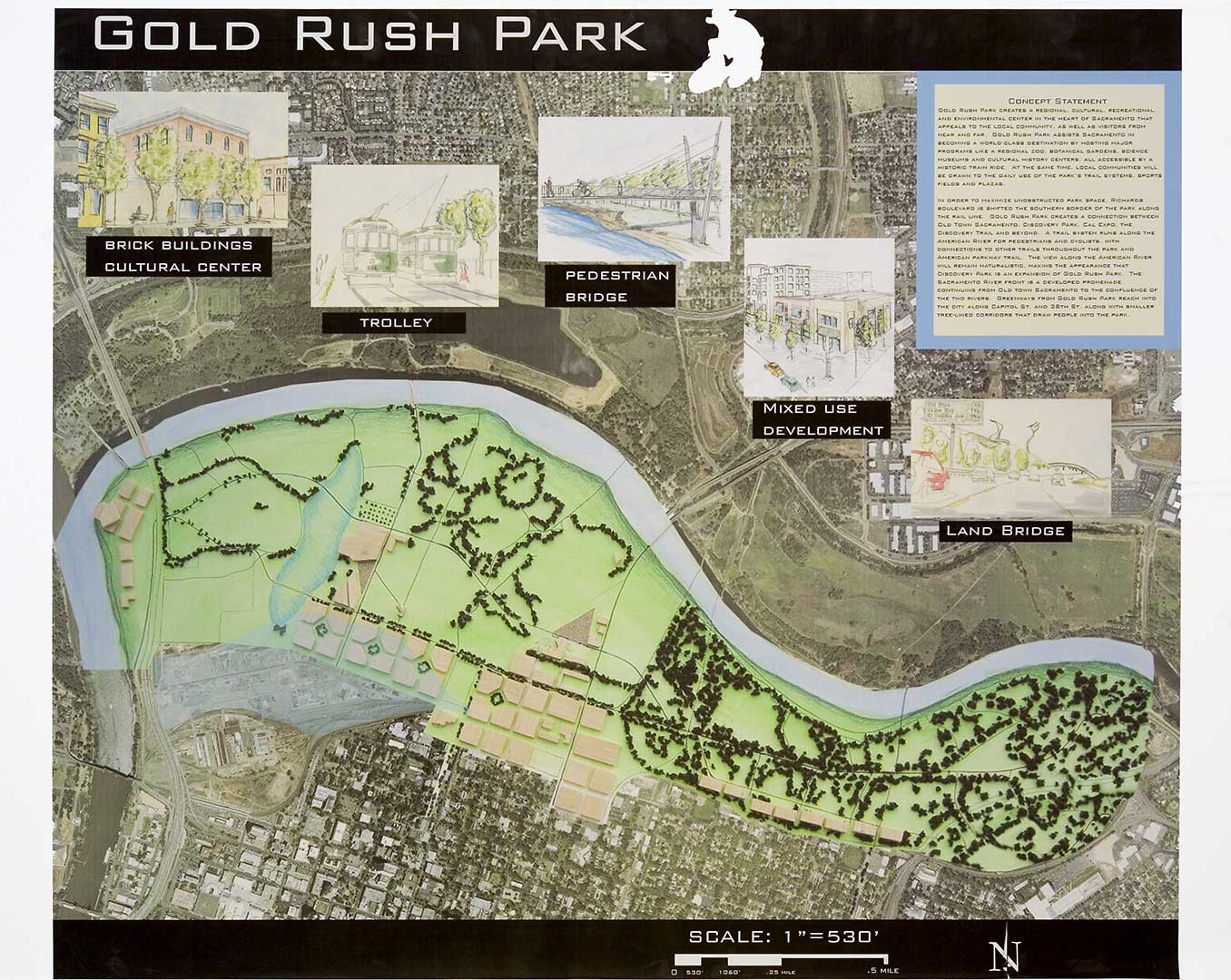 We would like to acknowledge support from the University of California Transportation Center and the Gold Rush Park Foundation for this project.

Recent news articles on the student projects can be found here, here and here.